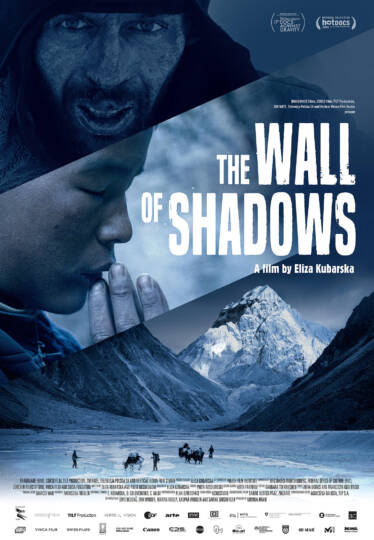 Awards for THE WALL OF SHADOWS to date include Best Climbing Film at Banff 2020, the Documentaire Extraordinaire award at the Bergen International Film Festival, the Mario Bello Award at the Trento Film Festival and the Grand Prize at Ulju Mountain Film Festival. The film was also nominated for the Best Documentary award at Hot Docs 2020.

In the film, director Eliza Kubarska follows a Sherpa family who must decide if they will break a cultural taboo to climb Khumbakarna, the most sacred of their mountains. According to the local Kirant religion it is forbidden to climb Khumbakarna, but to the International climbing community the mountain is deemed to have a summit more challenging than Everest’s. When asked by a Western expedition, including Marcin Tomaszewski, one of Poland’s most well-known climbers, and the Russian alpinists Dmitry Golovchenko and Sergey Nilov, to lead their party, the family faces a dilemma driven by the need to earn money for the education of their son, who wishes to become a doctor. Kubarska follows the expedition, as the family negotiate the dangerous climb, uncertain conditions, and their devotion to their religion…

“I’m extremely excited about this release. We have waited a long time to show the film to British audiences and with Tull Stories we are hoping for a great adventure. The story is becoming even more poignant as we observe our anthropocentric Western ways which are heading for disaster, we need to be more humble towards nature.”

The deal was negotiated by Jonny Tull of Tull Stories and Monika Braid of Braidmade Films. The film will be released in cinemas by Tull Stories, as part of its new Adventure Club initiative, in the UK and Ireland on Friday 22nd April.