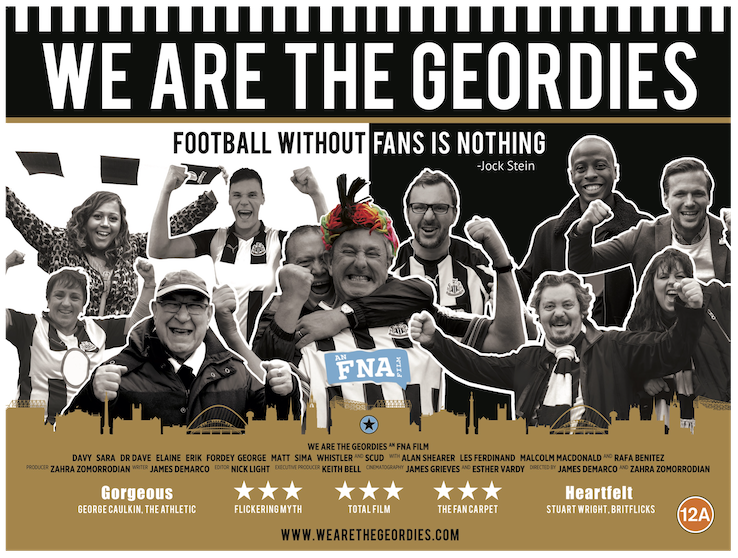 We Are The Geordies

“Working with Jonny on a cinema strategy helped renew our faith in our film and he gave us the confidence to aim high.”

The filmmaking team behind this feature documentary about the fans of football team Newcastle United wanted advice on how best to take their film to audiences.

Tull Stories offered guidance on the best course for the film’s release and on the shape and structure of the supporting marketing and PR campaign.

We Are The Geordies was released in winter 2020. It has received strong sales online and on DVD, and had a modest cinema run to support it. The film has reached fans of Newcastle United all across the world.

Jonny’s background as a cinema programmer gives him an incredibly valuable perspective on releasing indie films. He should be your go to guy when planning your release, if he’s not – give your head a shake.

We spent a long time “stuck” on our feature documentary We Are The Geordies, but working with Jonny on a cinema strategy helped renew our faith in our film and he gave us the confidence to aim high, rather than just thinking of it as a small film with only a niche audience.”

Zahra Zamorrodian
Producer
We Are The Geordies